Cambodian leader from 1953-1970, Sihanouk, recruited architect Vann Molyvann, to build 150 villas for holiday makers at Kep on the coast and two and a half hour’s drive from Phnom Penh. Van Molyvann, like Sihanouk, had studied in France and as a student of architecture, Vann Molyvann was influenced by Le Corbusier. Much of Van Molyvann’s extensive body of projects in Cambodia has fallen into disrepair following the rule of the Khmer Rouge, including the villas at ‘Kep Sur Mer’.  Jef Moons and Boris Vervoordt purchased 3 of the villas in 2006 and hired French architect Francoise Lavielle, who was living in Phnom Penh, to restore them to a resort – Knai Bang Chatt (meaning a rainbow encircling the sun in Khmer and in Buddhism, this rainbow is the halo around Buddha’s head).  Sources: on the history of Knai Ban Chatt:  http://www.curbed.com/2015/4/15/9971166/seaside-cambodian-villas-show-countrys-decline-and-rise /  http://www.failedarchitecture.com/the-sudden-death-of-cambodias-homegrown-modernism/ / and on Vann Molywann: http://www.vannmolyvannproject.org/ 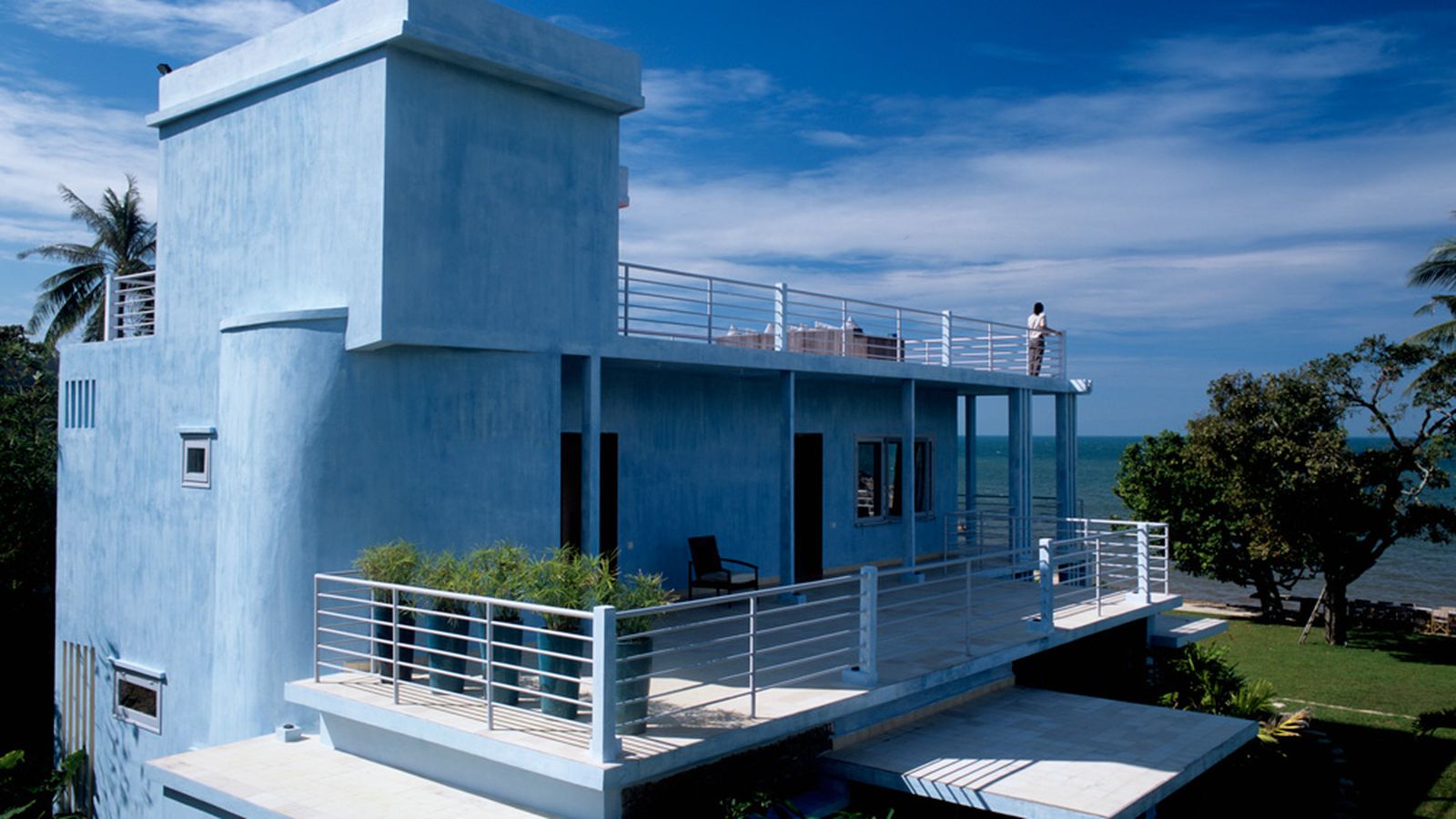