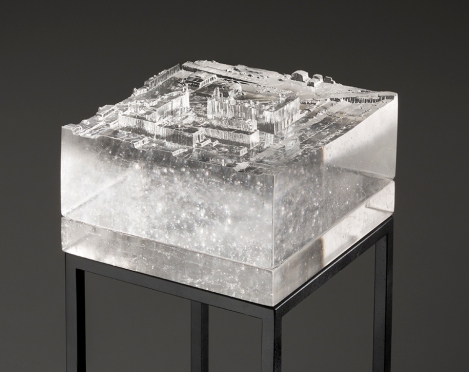 “The installation Cities: Departure and Deviation is comprised of 24 blown-glass forms based on three-dimensional rotations of statistical data for major urban centers in the United States. The blown-glass objects, created entirely in shades of clinical white, black and gray, reference the weight and precision of hanging plumbs and the precariousness of spinning tops” /